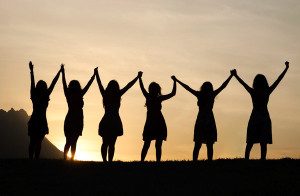 An enormous volcano is erupting, the rumblings of which are heard by those, whose ears are open. A monumental change is happening at this very moment on our entire planet. The power of love is unleashing a tremendous force, it’s momentum is building and is unstoppable, taking hold of those who are ready to break through to change our course. 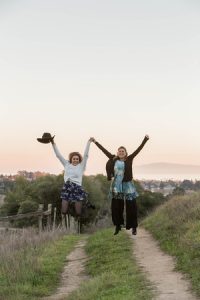 Like a mighty tidal wave, women and girls are rising up all around the world, in a magnitude as never seen before throughout history. She is standing at the bow, courageously turning the ship for the sake of all life.
This river is growing every day, our voices are speaking out on behalf of our ancestors, for the 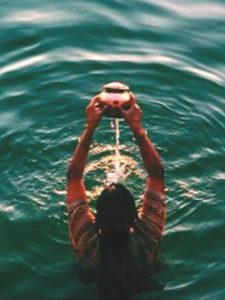 children who come after us, for animals and the earth, for human rights, for girls and women and the well being of the people of many cultures, traditions, ages and colors.

Women are standing up for the sacred in life and the preciousness of all beings. Girls are stepping forward, not waiting anymore for the grown ups, boldly creating a new legacy for us all.

The feminine is on fire, stepping forth, leading us into a new dawn for humanity and our beautiful earth. Women are empowering each other, reclaiming our dignity, value and sovereignty. We are 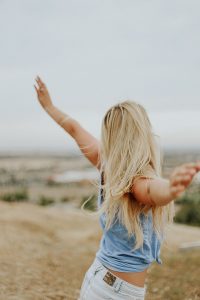 claiming our power so long oppressed, our love kept small far too long, our beauty- in all shapes she walks. We come bearing our inherent connectedness with the source and ancient wisdom that is so needed now, but had been suppressed and doubted, in fear. Even, if we are shaking in our boots and high heels, masses of women, whether in the huts of Africa, in the furthest reaches in India, here in Santa Cruz- literally everywhere women are gathering and rising. They are taking the lead in creating the change so needed in a world, that is dangerously on the edge and has fallen out of alignment with the truth of life. 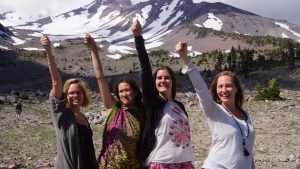 Change has come. Women are birthing a way of living based on connectedness, respect and care. We are dedicated to the wholeness of life, and working tirelessly toward ending the enormous of suffering present today. For centuries, patriarchal structures have dominated the world, creating this extreme situation we are facing on the planet, which affects each person, plant and animal in every part of the world. Spirituality and religion has often pointed toward transcendence, the formless, emptiness, heaven, and a distant god ruling, but left out the feminine. It left out connection, immanence and interdependence, the divine in form- found in the smallest pebble, in the silent growing of majestic trees, in your body and the face of humanity. The old structures, based solely on hunger for power, autonomy, competition, control and other maladies, divorced from the feminine and separated from life, have led us to where we are today.

This era is ending now. The Dalai Lama and wise elders have recently said: It is the women who will lead the change in the world. Women are bringing forth a new way- or is it an ancient one, we have always known deep down, arising from the heart of life itself? 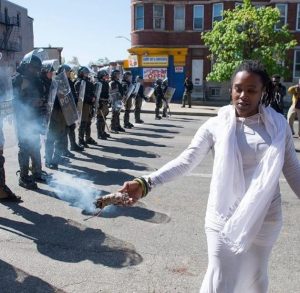 This powerful movement is not a fight against men, nor is it the establishment of a new matriarchy. Nor is it about women being better than men, for we all have the same worth in the eyes of creation. It is far vaster and all encompassing. There is a paradigm shift happening for both men and women. Women are asked to step up and come forward with their voices and gifts. Men are called to support women and the causes that are in benefit to life, with all their might. Some men already are.

This is not about a lonesome heroine journey, but women leading the change together, hand in hand in cooperation, not in competition. Nor is it about women to become hardened and forcing our way, some have taken on this coat to reach the ladder of success in a male oriented business world. Nor has sleeping beauty time to wait for prince charming to rescue her, for she is waking by the kiss of life and a greater calling, in which she has an important part to play.

Sex trafficking of children, mainly girls even as young as 4, is one of the biggest and fastest growing industries around the 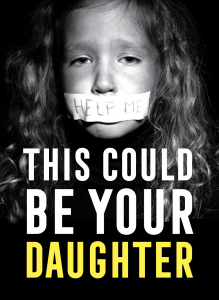 world. We are joining to end the worst horror and crime of our times, that is expressing the extent and severity of ignorance and disconnect from life itself. The earth is ravished, poisoned and polluted. Women are making a stand on behalf of nature and many men are helping to find new ways of how we can live in a sane and sustainable way. Nature is not a disposable commodity, it needs to be respected and cared for. So are girls and every living being. All are worth more than money, greed, control and possessions. Yet, in many places 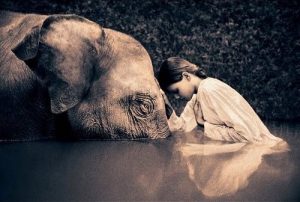 of the world girls have less value and do not even receive education, thereby being trapped in a cycle of poverty, forced into child marriage, sex slavery and used for cheap labor. Women, still to this day with the same qualifications and skills, receive less pay than a man in the USA. The amount of single mothers, who are living below the poverty line is staggering. Mothers are often considered as worth less than a high earning CEO, who goes home after the work is done. Yet, hers is a 24 hour job, no pay and no recognition usually comes her way. Women are still being raped as a normal practice, especially by military and in war torn lands- like she is a sex object to be taken, used and then thrown away. In the western world alone, one out of 4 girls are molested or raped, before reaching adulthood. Almost every second girl in the US is on a diet before she turns 20, hating her body, because beauty is defined by a male and sex oriented media market. The sacredness of the feminine, the woman as a human being has been violated, degraded, used, dismissed, devalued, oppressed, treated like a disposable object, and destroyed. It is one of the biggest issues we are facing in the world. How we have treated women, is the same as what we have done toward the earth. This is how we have related to life itself far too long. It is ending, now. The turning is happening with each one of us. 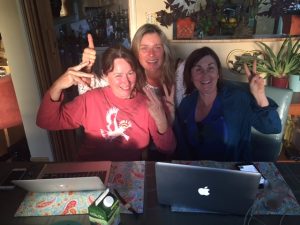 I was inspired by events, like “One Billion Rising” to end violence against women and girls, which happened in 205 countries around the world on Valentines Day- what a powerful sign of a new time! The tide is rising and reached the masses now. We can uproot the causes of this suffering, restore balance and honor what is sacred, become truly human and work 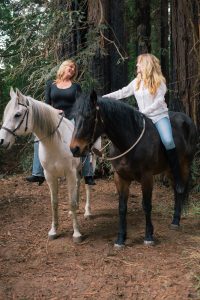 together toward the flourishing of all life. Each beneficial act, however little or big, makes a difference and is needed now: By creating equality, by valuing girls and women, by stopping actions like sex trafficking, by speaking up on behalf of those who are more vulnerable like children, elders, animals, by caring for nature, by healing what was broken, by an embodied spirituality and a responsible way of living….by hearing and empowering women to lead us forward now, by all of us standing together hand in hand- for real love. We have a choice to be part of this revolution. Many already have answered the call -and more are joining in every single day.

Come c’moi, get on your horse and ride with all of us- this one is for LIFE!

This website uses cookies to improve your experience while you navigate through the website. Out of these, the cookies that are categorized as necessary are stored on your browser as they are essential for the working of basic functionalities of the website. We also use third-party cookies that help us analyze and understand how you use this website. These cookies will be stored in your browser only with your consent. You also have the option to opt-out of these cookies. But opting out of some of these cookies may affect your browsing experience.
Necessary Always Enabled
Necessary cookies are absolutely essential for the website to function properly. These cookies ensure basic functionalities and security features of the website, anonymously.
Functional
Functional cookies help to perform certain functionalities like sharing the content of the website on social media platforms, collect feedbacks, and other third-party features.
Performance
Performance cookies are used to understand and analyze the key performance indexes of the website which helps in delivering a better user experience for the visitors.
Analytics
Analytical cookies are used to understand how visitors interact with the website. These cookies help provide information on metrics the number of visitors, bounce rate, traffic source, etc.
Advertisement
Advertisement cookies are used to provide visitors with relevant ads and marketing campaigns. These cookies track visitors across websites and collect information to provide customized ads.
Others
Other uncategorized cookies are those that are being analyzed and have not been classified into a category as yet.
SAVE & ACCEPT
Powered by